According to Gandhi, nonviolent social change requires building a new society in the shell of the old, which he termed constructive programme. 'Nonviolence for Gandhi was more than just a technique of struggle or a strategy for resisting military aggression,' Robert Burrowes explains in his 1995 study, The Strategy of Nonviolent Defense: A Gandhian Approach. Rather, 'it was intimately related to the wider struggle for social justice, economic self-reliance, and ecological harmony as well as the quest for self-realization.' As Burrowes describes it: 'For the individual, constructive programme meant increased power-from-within through the development of personal identity, self-reliance, and fearlessness. For the community, it meant the creation of a new set of political, social, and economic relations'. In cases where political revolutions have taken place but the population was not organised to exercise self-determination, creating a new society has been extremely difficult, and a new dictatorship usurping power has too often resulted. 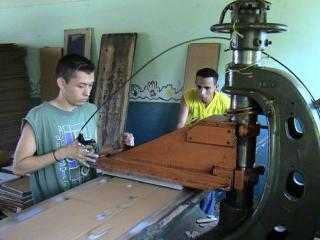 The process of working on constructive programme has fundamental benefits, the first of which is providing immediate assistance to those in greatest need. As people come together in community, not individual, action, they build constituencies for social change. Gandhi saw constructive programme as training for civil disobedience, which often included non-cooperation. Constructive work provides opportunities to develop the skills needed to build a new society.

Since the year 2000, Sincelejo, a small Caribbean town in Colombia, has been the second largest city receiving displaced people from the Colombian conflict. The youth in this town have faced forced recruitment by the state army, the rebel groups, and the paramilitary. Many of them have joined these forces because of economic reasons, to support their families. The conscientious objection group from Sincelejo started creating alternatives against forced recruitment, first by giving workshops on peace culture, nonviolence, and conscientious objection. Then, as they realised that economics were a main reason why the youth in Sincelejo were recruited, they started creating economic alternatives by forming their own small enterprises. The group now produces cartons and boxes, organic vegetables, margarine, t-shirts, and bakery goods which bring an income to them and their families. The main aims of these effort are:

Far-sighted as is Wangari Maathai, the founder of the Green Belt movement in Kenya, not even she could see in 1976 where a simple constructive activity such as tree-planting would lead. She first proposed this to the Kenyan National Council of Women as an activity to carry out in cooperation with the government forestry commission that provided the seeds. Through this, she argued, women could address some of the economic problems urgently affecting their lives. She had no idea that the expansion of this network would lead in the 1990s to the Green Belt Movement being in the forefront of national campaigns against corruption and for multi-party democracy, in which she herself was beaten and jailed, or that later that she would be a leading spokeswoman in the world campaign to write off 'third world' debt.